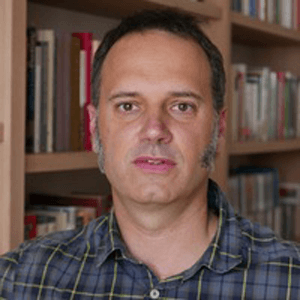 Dr. Albert Galvany (Barcelona, 1973), received his B.A. on Philosophy at the University of the Basque Country UPV/EHU in (1997), his M.A. on East Asian Studies at the University of Paris 7 (2000), and his Ph.D. on East Asian Studies at the University of Granada (2007). He has worked as a postdoctoral researcher at the École Pratique des Hautes Études (2008-2010), Friedrich-Alexander Universität (2010-2011), University of Cambridge (2011), Universitat Pompeu Fabra (2011-2013), Université Paris-Diderot (2014) and Max Planck Institute for the History of Science (2014). He has published several book monographs and edited volumes on early Chinese intellectual history, classical Chinese philosophy and ancient comparative philosophy, and his research articles have appeared in major academic international journals such as Asiatische Studien, Monumenta Serica, Dao: A Journal of Comparative Philosophy, Philosophy East and West, Extrême-Orient Extrême-Occident, Bulletin of the School of Oriental and African Studies, and Early China. He is currently an assistant professor at the Department of Philosophy of the University of the Basque Country UPV/EHU.