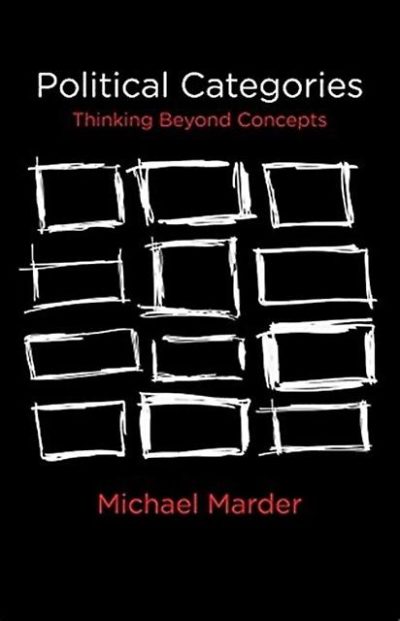 Western philosophy has been dominated by the concept or the idea—the belief that there is one sovereign notion or singular principle that can make reality explicable and bring all that exists under its sway. In modern politics, this role is played by ideology. Left, right, or center, political schools of thought share a metaphysics of simplification. We internalize a dominant, largely unnoticeable framework, oblivious to complex, plural, and occasionally conflicting or mutually contradictory explanations for what is the case.

In this groundbreaking work, Michael Marder proposes a new methodology for political science and philosophy, one which he terms “categorial thinking.” In contrast to the concept, no category alone can exhaust the meaning of anything: categories are so many folds, complications, respectful of multiplicity. Ranging from classical Aristotelian and Kantian philosophies to phenomenology and contemporary politics, Marder’s book offers readers a theoretical toolbox for the interpretation of political phenomena, processes, institutions, and ideas. His categorial apparatus encompasses political temporality and spatiality; the revolutionary and conservative modalities of political actuality, possibility, and necessity; quantitative and qualitative approaches to the study of political reality; the meaning of political relations; and various senses of political being. Under this lens, the political appears not as a singular concept but as a family of categories, allowing room for new, plural, and often antagonistic ideas about the state, the people, sovereignty, and power.