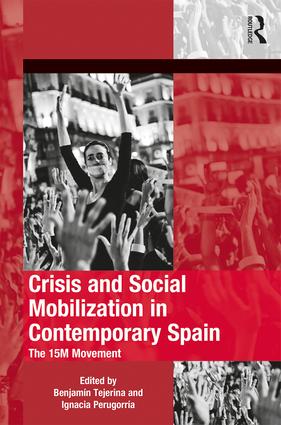 Benjamín Tejerina and Ignacia Perugorría have edited the volume Crisis and Social Mobilization in Contemporary Spain. The 15M Movement.

The volume is part of The Mobilization Series on Social Movements, Protest, and Culture, published by Routledge and Mobilization: An International Quarterly, leading academic journal in the areas of social movement studies, collective action, and protest.