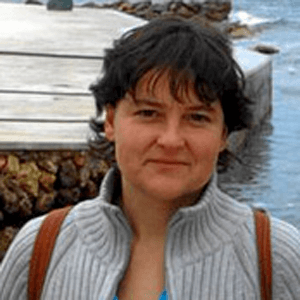 Miren Elixabete Imaz is spending a year (2019-2020) at the Center for Latin American Studies at Stanford University. Miren’s project is entitled “Belonging, identity and cultural transmission of Spanish-speaking Americans. An anthropological study from genealogies and family stories”, and the stay is financed by the José Castillejo 2019/MINECO Call.

This project takes as its object of study a small proportion of Americans who have Spanish as their mother tongue or for family use, located mainly in the southern border states that became part of the United States of America after the war of 1846-48. These are people who are bilingual in their daily lives and who have received Spanish through transmission and family survival on a continuous and intergenerational basis. In other words, the study does not refer to recent immigrant families living in the United States and their descendants, but specifically takes Americans of Hispanic language and culture from several generations whose presence can sometimes be traced back to the very historical configuration of the United States. Along with this maintenance of the Spanish language, family memory, a sense of belonging, identity and cultural attachment are conveyed, which inserts families and the members that make up the family in a specific way into the generic American society. It is precisely this specific form(s) of belonging that we wish to study, taking into account how the linguistic, cultural, racial, ethnic and class components of the same are articulated. On the other hand, it seeks to unravel the ways in which this linguistic-cultural transmission and survival is possible over time, including the reconstruction of family memory, marriage and/or kinship networks, or other types of relationships that make this transmission viable.