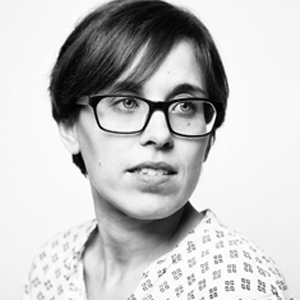 María Martínez holds a PhD in Sociology from the University of the Basque Country (Spain), and a Master’s degree from the Ecole des Hautes Etudes en Scienes Sociales, Paris (France). She is currently an Assistant Professor (Profesora Ayudante Doctora) in the Department of Sociology III (Social Tendencies) at the UNED, Madrid (Spain). Before that, she was a postdoctoral fellow at the University of California, Santa Barbara (USA), and at the University of the Basque Country (Spain), sponsored by a Basque Government grant (2016-18). She is a member of the Collective Identity Research Center, and of the Editorial Team at Papeles del CEIC, International Journal on Collective Identity Research. Since 2015 she has coordinated the editorial team at the journal. She has been a visiting scholar at the Feminist Studies Center at University of California, Santa Barbara (USA), and at the CRESPPA/GTM at the CNRS (Paris). She has participated and participates in research projects funded by the European and Spanish research agencies, and she has also acquired a three-year experience as a gender equality consultant. Among her publications are the coordination of the book De la identidad a la vulnerabilidad (Bellaterra, 2014) with Ignacio Irazuzta and articles and book chapters about feminism, identity, social movements, vulnerability, precarity and agency in English, French and Spanish. Her prefered research areas are feminist theories, collective identity, social mobilization, vulnerability and agency.

​For more information, go to Academia, ResearchGate, and Orcid.