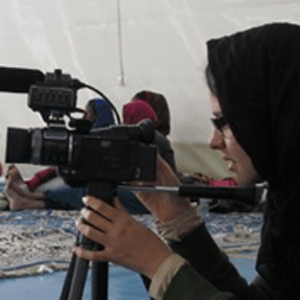 Graduated in Sociology from the UPV/EHU in 2013. In 2014, she obtained the Diploma of Advanced Studies (DEA) in “Models and Areas of Research in Social Sciences”. Currently, she is a researcher in training in the Department of Sociology II of the University of the Basque Country and a scholarship holder of the Basque Government’s Pre-doctoral Programme for the Training of Non-Doctoral Research Staff. She has published “Critical Review: Agier, Michel (2013). La condition cosmopolite. La anthropologie à l’épreuve du piège identitaire. Roles of the CEIC. 2014/1”, among other critical reviews in the same journal and articles such as “A la espera. Los solicitantes de asilo en el Estado español. Revista Nómadas, No. 55(2) (2018)”, “El refugiado: sujeto de frontera, sujeto fronterizo. Iberoamérica Social, No. 9 (2018)”. His research interests are the processes of identity construction in situations of social vulnerability, legal sociology and the study of the humanitarian system. SHe has also participated in September 2015 in the Congress of International Migrations in Spain 2015: “1 Franco 14 pesetas” – “10.000 Km” emigration fifty years later. She has made a research stay in the Centro de Estudos Sociais in 2015 (September to December) during which he participated in the Seminar of Theoretical Approach to the Forced Displacement as Social Catastrophe of the Identity in the Humanitarian Age, and another stay in 2017 (February to May).