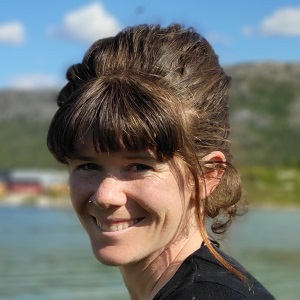 Irati Lafragua Salazar graduated in Audiovisual Media in 2009 at the University of the Basque Country. She worked several years in news for the Basque public television (EiTB), first in the newsroom and afterwards as a correspondent camerawoman and editor for Latin America, based in Bogotá. Among other things, she has also worked in Latimer Group, a research and marketing agency in London, thanks to a grant from the Basque Government. She took a semester of English at the University of Florida, and she travelled for a year through Asia and Africa while participating in different volunteer programs.
In 2016, she started a two year Masters in Visual Anthropology at UiT The Arctic University of Norway, where she did a thesis about fathering which involved a written text and a film. Currently she is doing her PhD at the Department of Philosophy of Values and Social Anthropology within the program in Models and and Research Areas in Social Sciences thanks to a grant from the university. Her interests revolve around fathering, masculinity, care practices and embodiment, always from the perspective of visual anthropology.