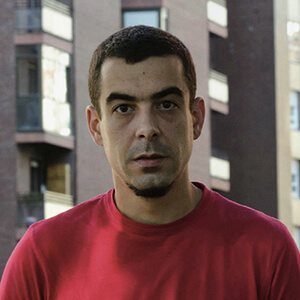 Diego Carbajo is PhD in Sociology and lecturer in the Department of Sociology and Social Work at the Gipuzkoa Campus. He completed his PhD in 2014, for which he obtained the accesit in the “Basque Social Reality” awards granted by the Basque Government’s Lehendakaritza. He has taught several subjects in the Department of Sociology 2 and in the Department of Didactics of Social Sciences at the University of the Basque Country. Between 2017 and 2020 he was a postdoctoral researcher of the Basque Government Program, carrying out a two-year research stay at the RMIT University of Australia. Since he joined the established research group “Social Change, Precarity and Identity in Contemporary Society” of the University of the Basque Country he has contributed to several of its projects and he has organised diverse conferences.

His main line of research articulates the concepts of youth, space and precarity and it is reflected in research around the squatting movement (2007), the housing transitions of young people (2014), the phenomenon of “youth lonjas” (2012) and the entrepreneurship policies aimed to young people (2019). From his second line of research (intermittent and poorly funded), through which he seeks to force the limits of Sociology, derive publications based on the Actor Network Theory (2018), the analysis of some artistic productions around the Basque collective identity (2009) and the multi-species ethnography (2021).