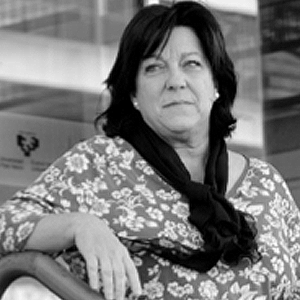 Cristina Blanco is a Professor of Sociology at the University of the Basque Country (UPV / EHU). Her area of ​​expertise is International Migration. Since 1987 she has carried out numerous educational, institutional and research projects. She created and led a Postgraduate Degree in Migration (2002-2007), and the Master’s Degree in International Migration (2007-2012). He co-founded and led Ikuspegi-Basque Immigration Observatory (2003-2006). She has led several international research projects and several Doctoral Theses. She was a member of the Board of Directors of the International Network on Migration and Development, located at the Autonomous University of Zacatecas (2007-2011). For one year, she was a visiting researcher at the Center for Comparative Immigration Studies at the University of California, San Diego (2010 – 2011), and led the organization of the VII Congress on Migration in Spain (Bilbao, 2012). She is currently the Chair of the Forum for the Integration of Immigrants (Ministry of Labor, Migration and Social Security). The beginning of a stage of social research on suicide; her interest focuses mainly on lost survivor’s care and prevention in the field of mental health. She has participated in several university courses (UNED, UPV / EHU …) and she has led several academic works on the subject.