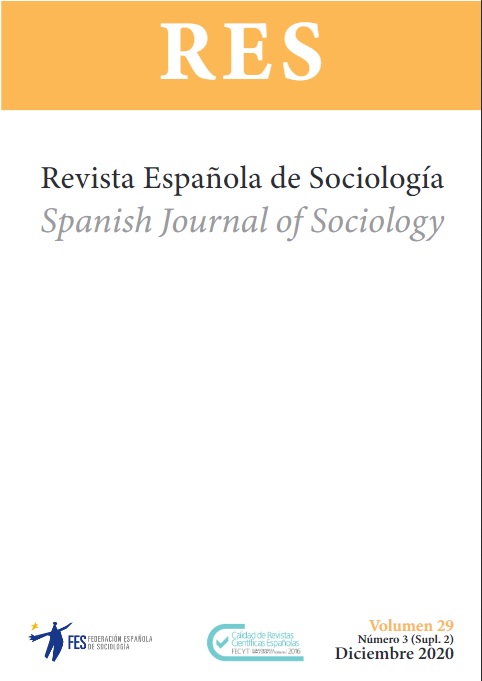 Youth and crisis. An introduction to an identity constructed and inhabited precariously

Since the return to democracy in the late 1970s, Spain has gone through several moments of expansion and economic crisis. The crisis of the late 1970s and early 1980s, the crisis of 1992-93, and the most recent one in 2008. On the edge of a new crisis as a result of the SARS-CoV-2 (COVID-19) pandemic, whose consequences in terms of health, economics, society and politics have yet to be assessed, a number of authors reflect in this monographic issue on the relationship between youth and crisis, and, in particular, on some of the consequences of the economic crisis of 2008. This introduction briefly contextualizes the relationship between crisis, identity and youth, as well as a presentation of the contributions of the several authors on the effects and social responses of young people to the processes of precarization of the conditions of existence caused by the crisis in recent years.

Tejerina, B. (2020). Youth and crisis. An introduction to an identity constructed and inhabited precariously. Revista Española de Sociología, 29(3/2), 39-56.

Precarity is generally understood as a negative characteristic, an absence or lack of skills, competencies or resources of some kind. If youth is defined as a time of preparation prior to adulthood, it can lead to interpreting this stage of the life cycle as a moment of dependence, a pre-complete. Both can also be understood as a space-time of activity, creativity, and experimentation of new strategies of life in determined conditions. The article proposes three objectives: one, it systematizes the studies on precariousness carried out in Spain in recent years; two, from these investigations it presents a complex definition of precariousness. Based on a field work of personal interviews and discussion group, it addresses, in third place, different meanings, narratives and experiences of young people about normality and precariousness, as well as some metaphors commonly used to refer to precariousness.

Tejerina, B. (2020). Experiences and metaphors on precariousness and youth hyperactivity in a time of waiting. Revista Española de Sociología, 29(3/2), 95-112.

Youth coming out of the crisis

Based on the results of a survey carried out in 2016 on a sample of 5,002 young Spaniards between between 15 and 29 years old, which gives continuity to a series of four-yearly reports on the situation of youth, we try to answer the question of what we know about the modus vivendi of Spanish youth coming out of the crisis. In this collective reflection, the impact of the crisis on working conditions and the process of precarization of youth, the role of education in exceptional situations, the political activation of broad sectors in the face of the widespread idea of apathy and disinterest, the stability of their lifestyles, the high level of satisfaction with life and future prospects, despite the delay in housing emancipation and the mismatch between desires and reality, is examined in depth.